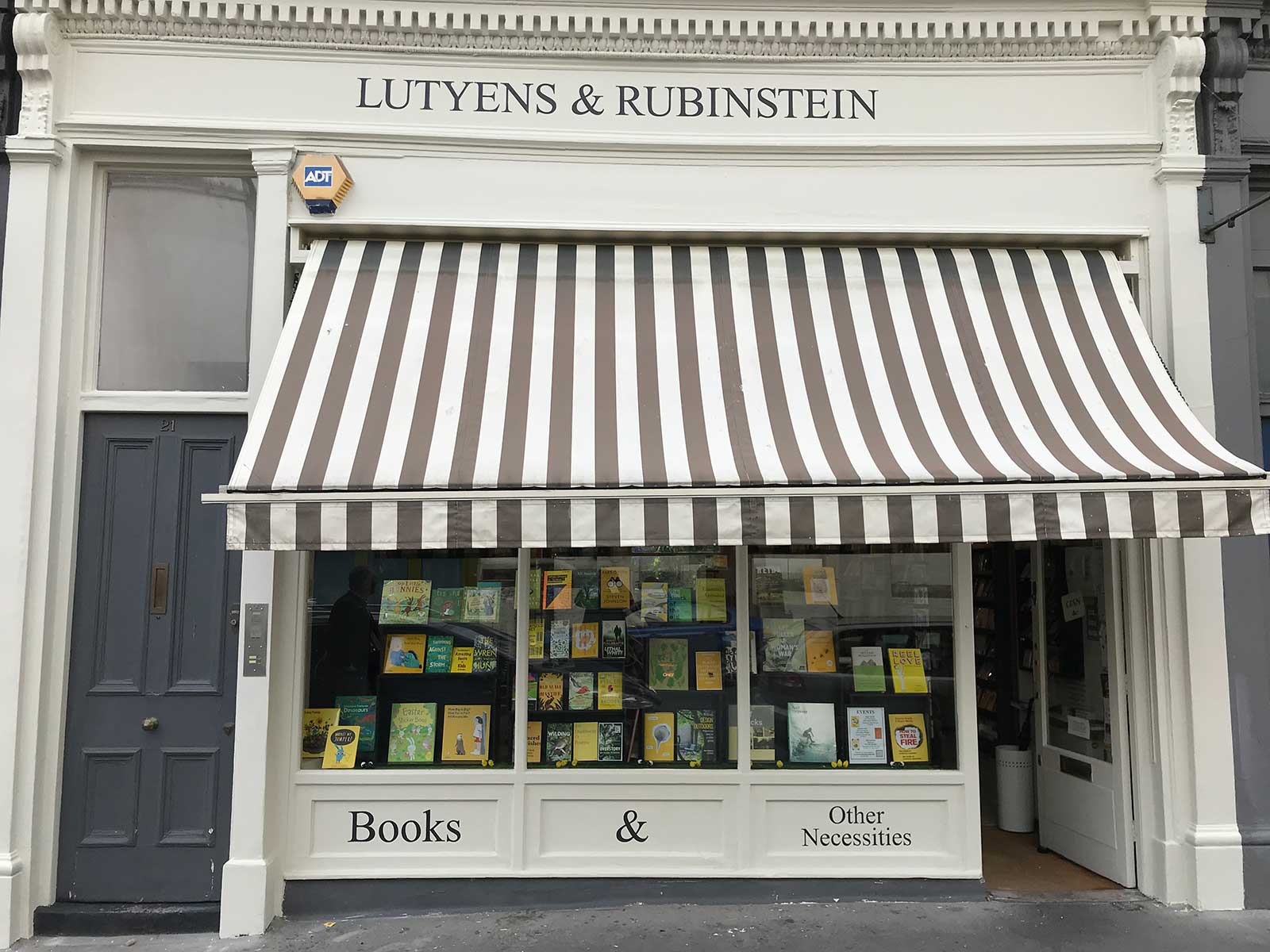 This is a fascinating and successful experimental bookshop – two literary agents have committed their money, expertise and writing lists to create a bookshop in Notting Hill, directly opposite Notting Hill community church by the Kitchen and Pantry in Kensington Park Road. It enjoys the expected combination of antique markets versus bohemian veggie art life, situated at the Portobello Road end of the neighbourhood and is a breathtakingly vibrant shop. 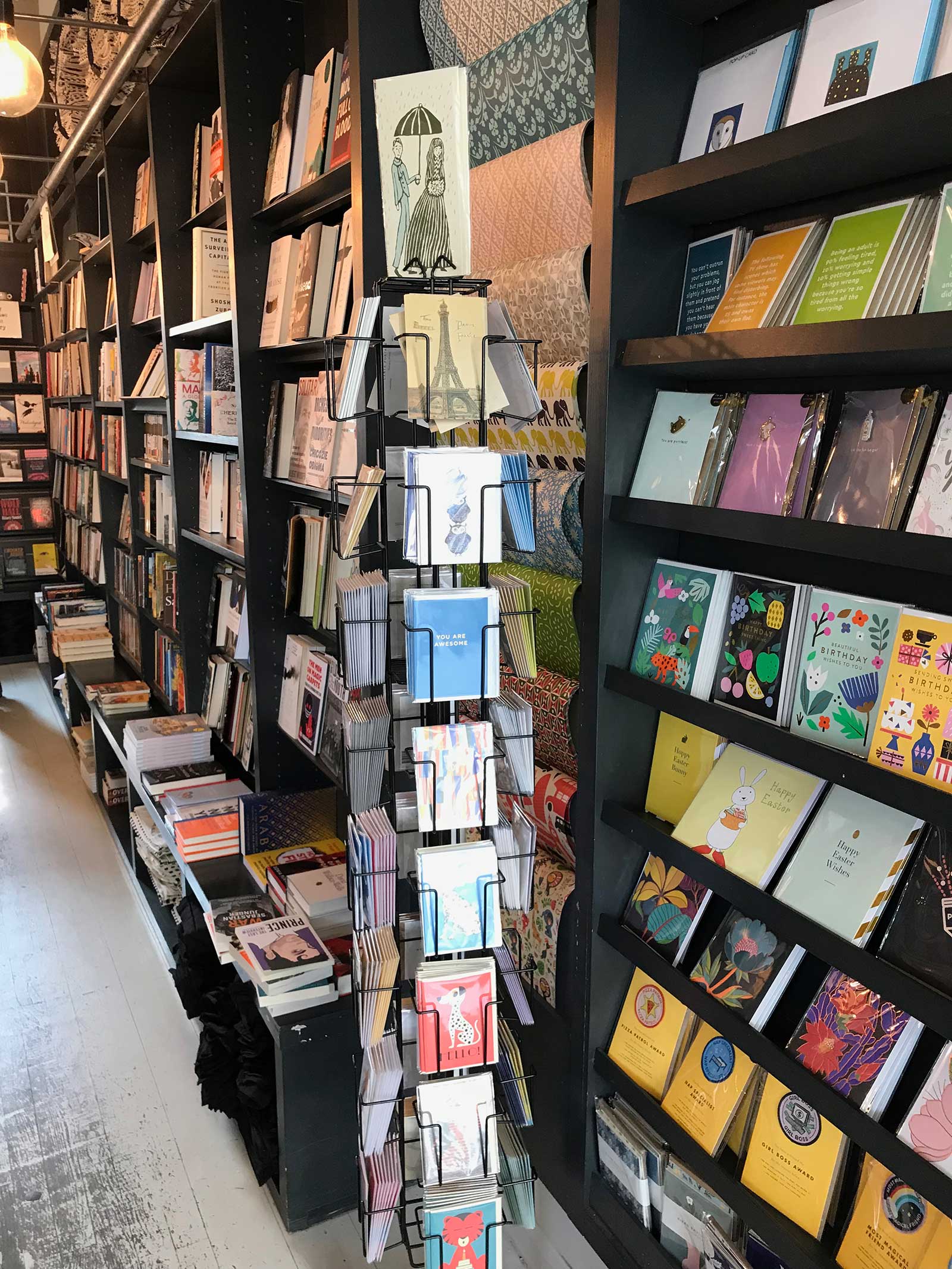 Claire is one of the people working there, who we spoke to. Despite the air of friendly literary calm, the shop never settles. The window displays change every single week as do the various book displays on the ground floor and mezzanine. Like the other three employees, Claire runs a book group every month – that’s what she enjoys doing most. There are a row of five books on the front counter, each the monthly recommendation from each of the five book groups that deal with everything salient. There is a women’s section, then classics, politics, then children’s… each group is sent away with a book and they come back every month to discuss their findings. The staff seem to turn things round really quickly.
The four don’t all work together at the same time but they share the weekly changing of the displays and the shop’s overall look, inside and out. I don’t think we’ve been anywhere on our travels that is such a hive of activity as this one. When we were there, Claire revealed they were having a yellowy theme: initially the lemony front window display looked like it was just featuring children’s books, but when you looked to the right of the children’s titles you suddenly saw the adult material – How To Steal Fire and such. 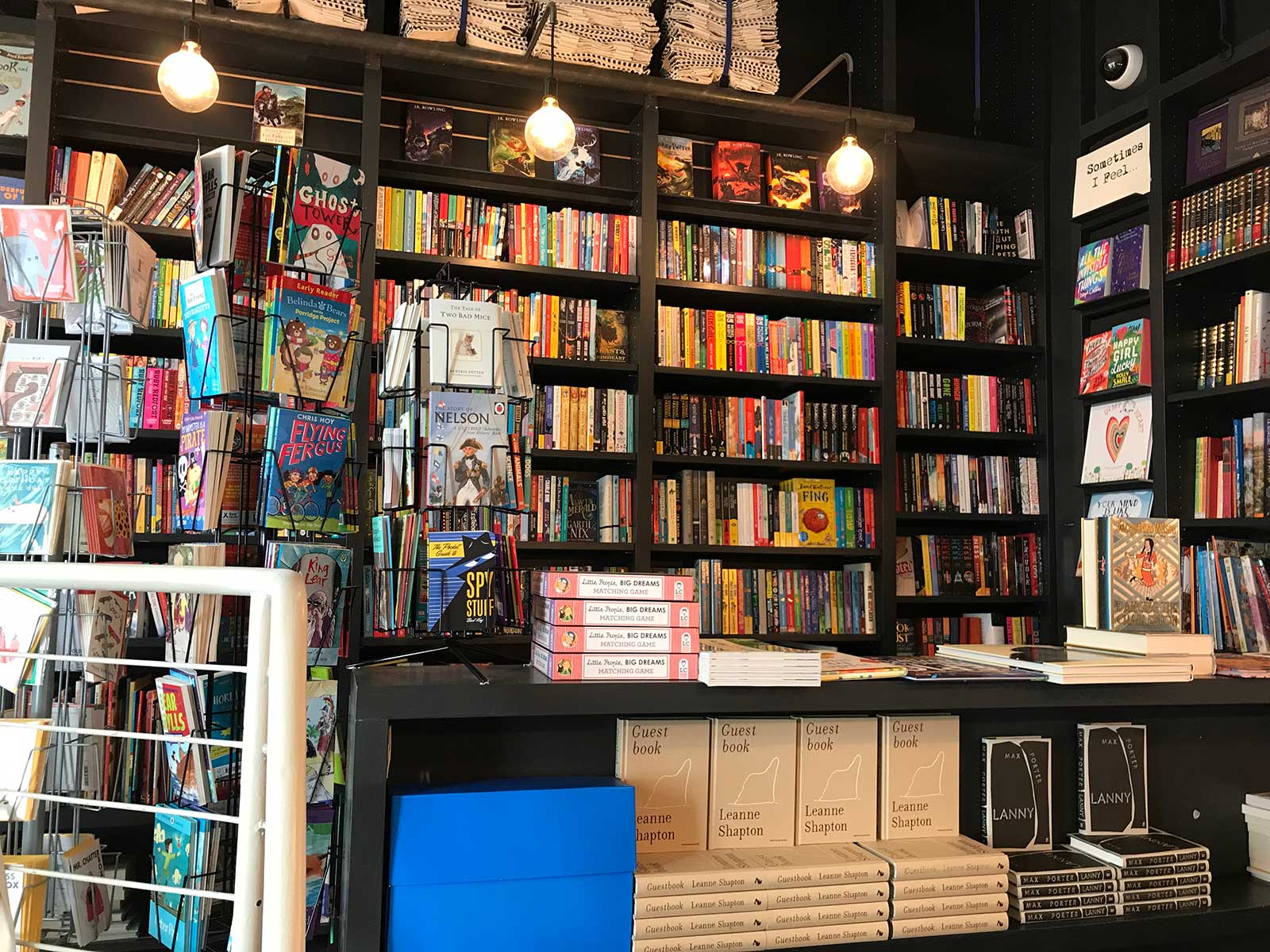 Claire made the point that the shop does not stock Da Vinci Codes and Shades of Grey publications, not because of any intellectual snobbery, but simply because the mark up or downs are so profound on those books that they cannot make any money on them at all, so you won’t find such books on sale. Having said that, they had a whole bag of Ian McEwan’s Machines Like Me the day before its release. They said they had got it on Monday, and Monday was the day the writer was on the Today programme and Channel 4 News. Waterstones had told us that there was a strict embargo on the book and that it wouldn’t be available until the 18th; L&R had got it in on Monday – how had they managed that?
Obviously the literary agent owners sell published works of all writers on their books – but other than this content provision, they and the shop are essentially separate entities. Apparently if you go down into the basement there is a door through which you pass, after you’ve typed in the write code, into literary agent world, not unlike a James Bond scenario. Both parties have found that this is the only way to make the relationship work. The shop is in prime Foxtons land – a bookshop might struggle here without the added expertise and financial clout of the literary agents. 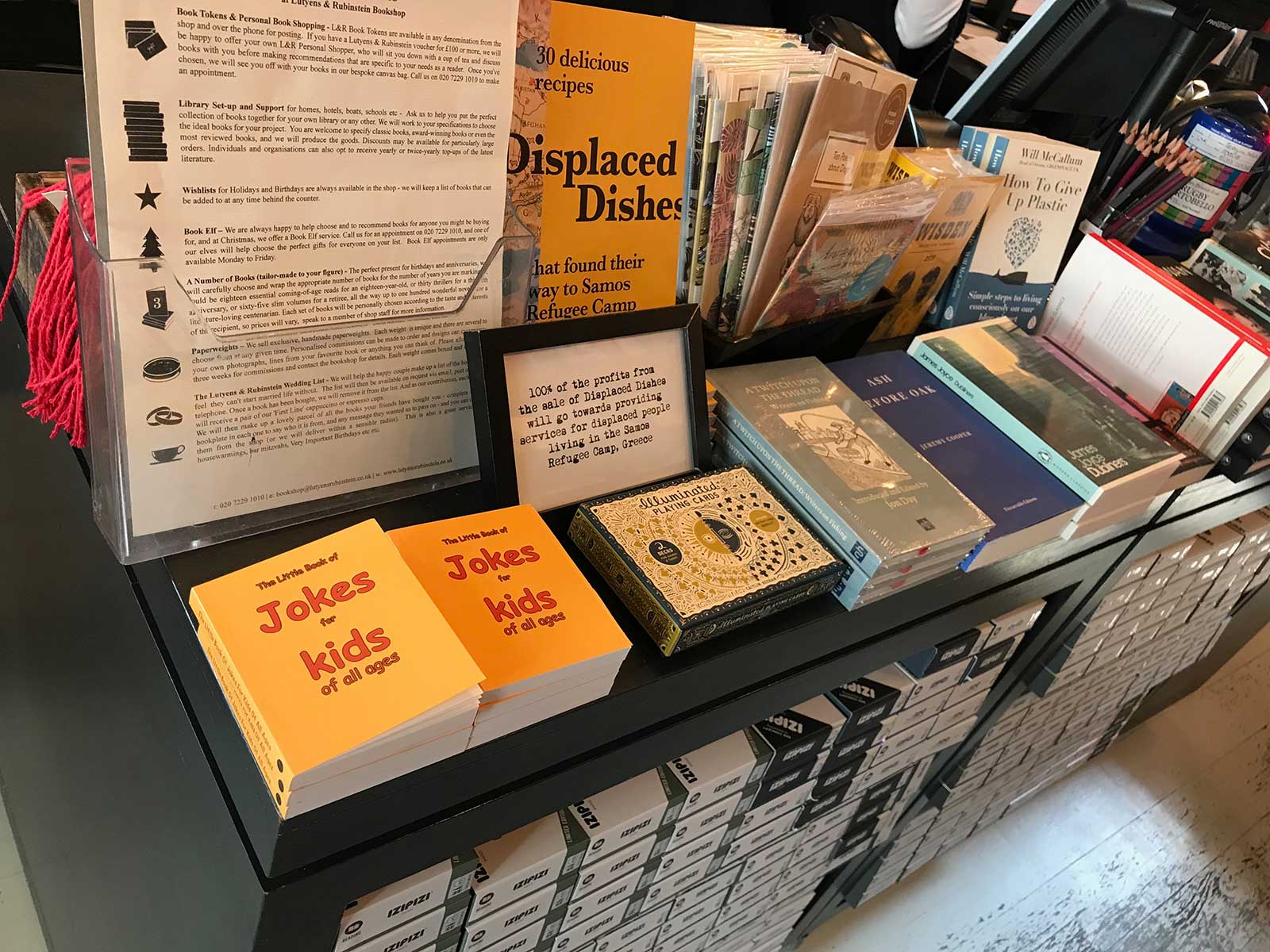 Like most of the bookshops we visit, this one still relies on local people as well as the passing throughs. They’ve got the tourists, plus mums, kids and hipsters living in the area. It might be a remarkable location, but it’s not easy to find – it’s at 21 Kensington Park Road, but if you start from Notting Hill Gate, the houses on the right number from two, but on the left start from something in the hundreds until they reset to one and then the left side starts calling itself other street names. A mile later, just as you’re about to give up and go home, the numbering resurfaces at 15 and comes back into being again and… there’s the shop. ‘Books and other Necessities,’ the shop’s real name. As we left, I began to wonder what other necessities they sold. I wandered off, imagining which of the reading groups I would join, given the chance…