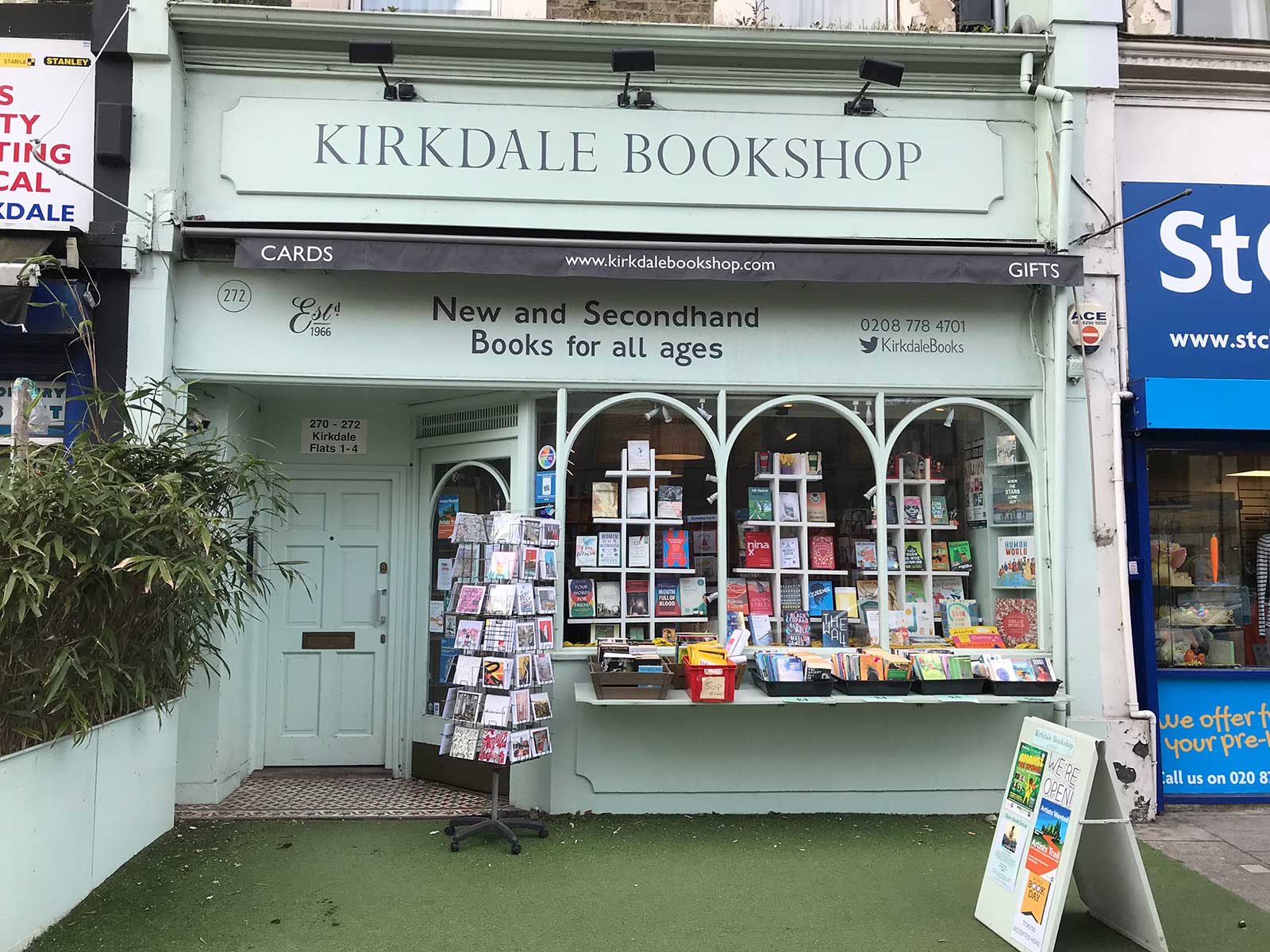 The Kirkdale Bookshop in Sydenham is an absolute find. The first delightful thing we noticed on our visit was that they had a poem of the week. A POEM OF THE WEEK! If we had been in any doubt as to the claim of regular renewal, the poem offered was from 3rd April 2019, two days before we visited, the date and information typed and laminated. We spoke to Roland who has been selling books for 20 years and has been working in the shop for the last 7. Nevertheless he couldn’t quite account for why people might want to work in the same shop for that long. Looking around, it didn’t seem hard to work this out. 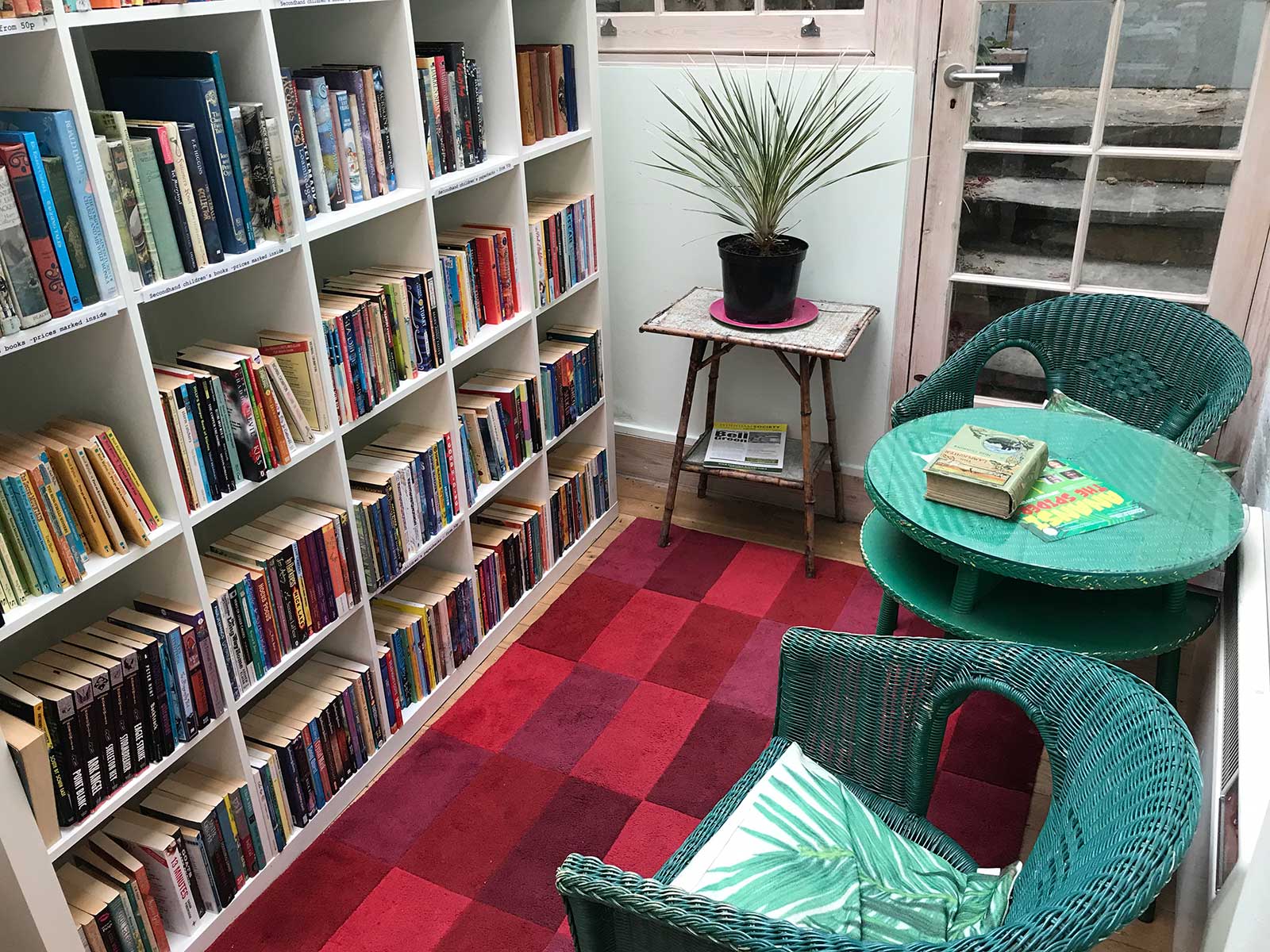 We checked out Rachel Reed’s highly-profiled book ‘The Women of Westminster’ and noticed that the great Mary Beard was actually appearing at the shop in a few weeks. They have their own book group (‘Open Book Group’) who meet every other month, with a suggested book sold at the counter recommended by the group from their recent reading lists and discussion sessions. It’s hard to even begin to describe the volume of activities they offer. When we spoke to Roland he said predominantly they were seen as a second hand bookshop. Down the stairs, they have three rooms of second hand books immaculately chronicled and subject cornered. Everything was very well organised and up-to-date – with an imaginative delivery on the way they offer books for the casual passer-by reader in the hunt for something special. 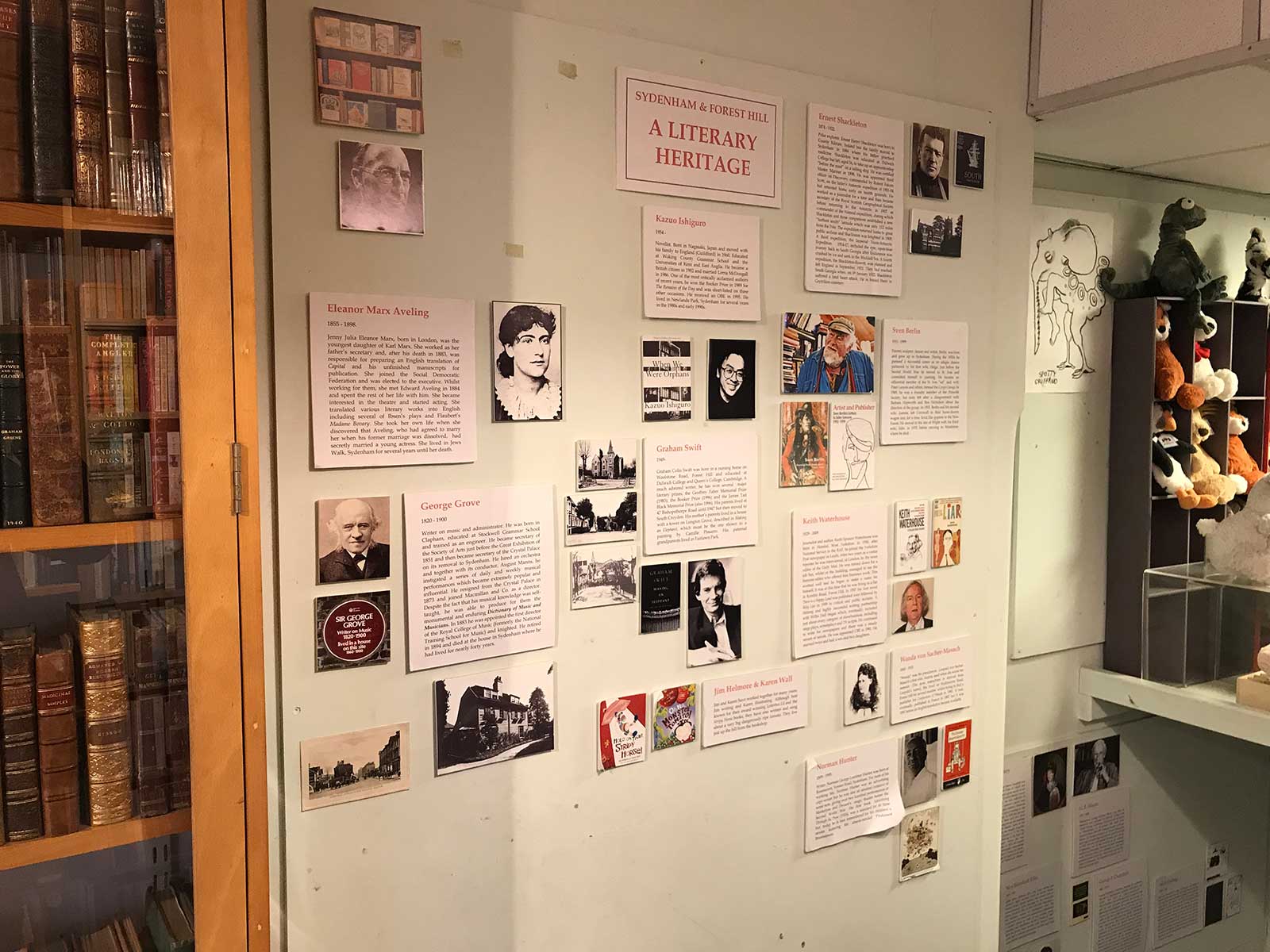 ‘I Love my Hair’ by Natasha Anastasia Tarpley, featuring a kid with dreadlocks on the front, then ‘The Book Without A Story’ by Carolina Rabei. Children’s books seem to have the most fantastic titles. Tony Bradman writes a kid’s book called ‘One-Nil’ – I wonder what that’s about? Then ‘When The Stars Come Out’ by Nicola Edwards and Lucy Cartwright – all this and the way the books were set out made you want to be a child again. Meanwhile the adults can contend with ‘Anti-Semitism: What It Is. What It Isn’t. Why It Matters’, ‘Women of Westminster’, ‘Why We Get The Wrong Politicians’, ‘Invisible Women’ and ‘A Mouthful Of Bugs’. I was trying to imagine a book that might feature these as different chapter titles. A very important and angled modern political agenda from the readership was in evidence. Roland said one of the most important things for the shop was keeping in touch with their clientele demographic which, as he described it, was fluid and moved around so much that they understandably found themselves struggling to keep up but they clearly were successful. They have a children’s Saturday reading which sometimes no one turns up to, and sometimes six kids appear. So long as one person turns up they will do the reading. They always take reading copies offered by local writers. What a pity we didn’t bring any of ours! In terms of customers, they had known regulars. One guy, we were told, comes twice a week and always buys something, though it’s impossible to classify him as he always buys something different. Another guy who was there during our visit said you wake up if you look at the titles on their shelves. Another described a visit to the shop as a shot in the arm. Roland said they were very keen on meeting new publishers and keen to take books and give them a space. Established in 1966, they’ve now been around for 53 years and are well-established with beautifully maintained shop. It isn’t hard to see why people come here regularly. There is a display of local writers and the historical books they offer covering the last 200 years. This is stuff that’s taken a lot of time and love to put together. They have a display of adverts for local services (artists wanted) and they’ve got lots of cards, many sold while we were there. Gardner’s (book distributor) arrived while we were there with boxes and boxes of stuff for them. Then there is Sydenham itself which is a lovely place. Roland said since the arrival of the overground the shop had enjoyed a lot more footfall and they had got known a lot more. I saw a certain gentrified aspect to the area – not unpleasant – you have a bank called the Lewisham and Credit Union which I’ve never heard of then there is Cobbs Corner Café which is an absolute must visit if you are feeling peckish. The Greyhound (gastro pub) then there’s a huge estate agents opening opposite Kinleigh, a local Sainsbury’s and a Nando’s. Though Roland felt that people might not come there because it was a long way out so they would do their orders online, I felt differently – this is an up-and-coming local bookshop, and one of the best we have visited.