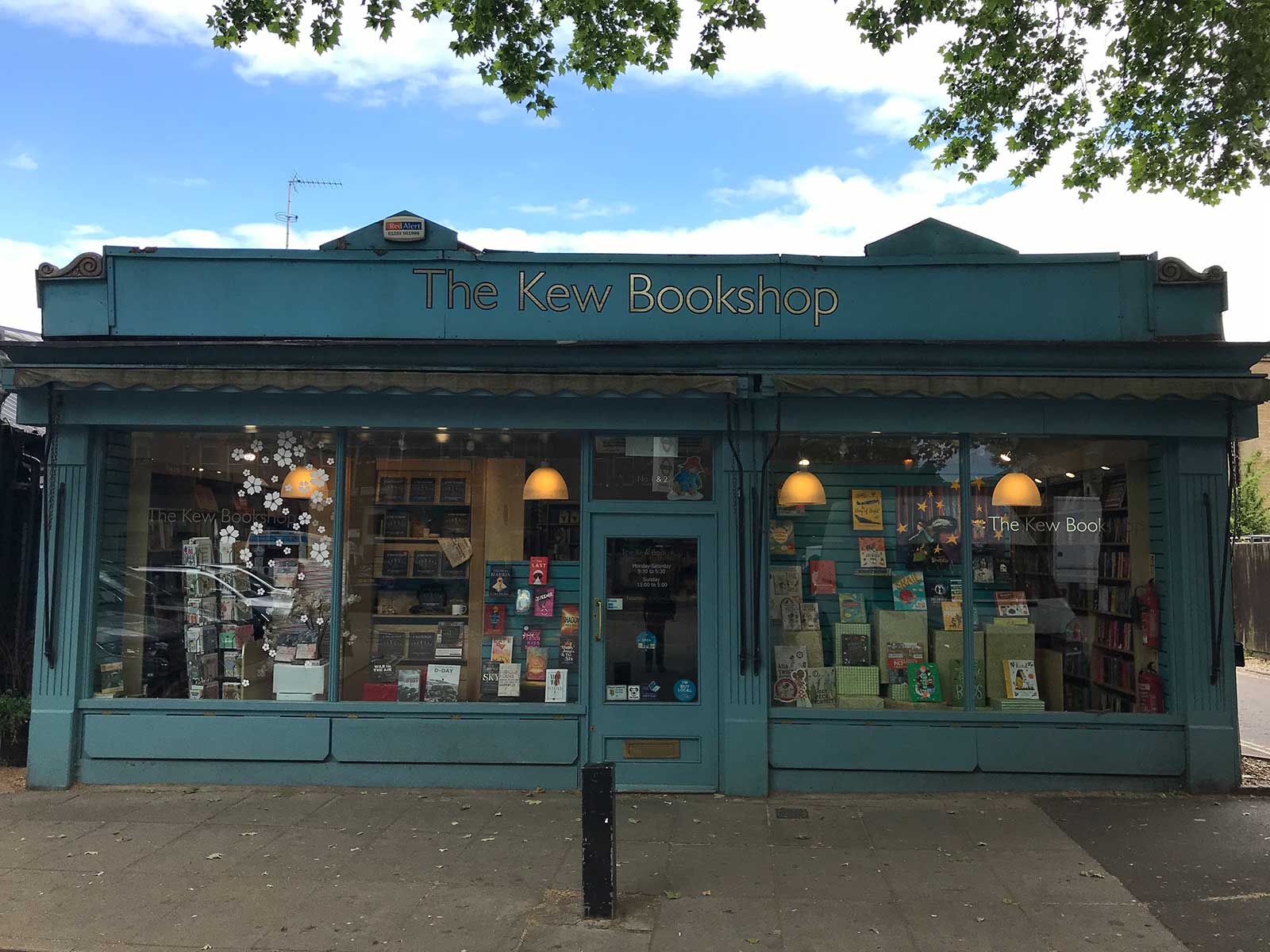 On the day we visited, the Kew Bookshop looked from outside like the cover of a Jackson Browne album, ‘Late For The Sky,’ itself inspired by the 1954 painting L’Empire des Lumieres (‘Empire of Light’), by Belgian surrealist René Magritte. And it would not be forward of us to suggest that this picture perfect bookshop is perhaps itself an Empire of Light as far as books are concerned, especially if you are a student.

The book itself is situated in a small enclave that likes to be known as ‘Kew Village,’ in the area around Kew Gardens station, replete with delicious restaurants and other local shops. It is a proud member of the Booksellers Association of the UK and Ireland, an umbrella trade body founded to promote retail bookselling in the United Kingdom and Ireland. Along with all other members, it is part of the National Book Token scheme in the UK and shops which represent 95% of British retail booksellers.

It is mainly concerned with local schools, always ready to play a role in bringing authors into primary schools. Weinay and Anna run the store pro-actively, trading on experience and knowledge. Their key dates are World Book Day in March and a Literacy Focus Week and book fairs in schools. They hire storytellers, and reckon that 10% of their business is connected with schools. Their regular customer base therefore can subside during holiday time, though the tourists help. They currently have no link with Kew Gardens, though they did have book festivals with them in 2014 and 2015. Their other branch Sheen is run separately (see elsewhere on the site). 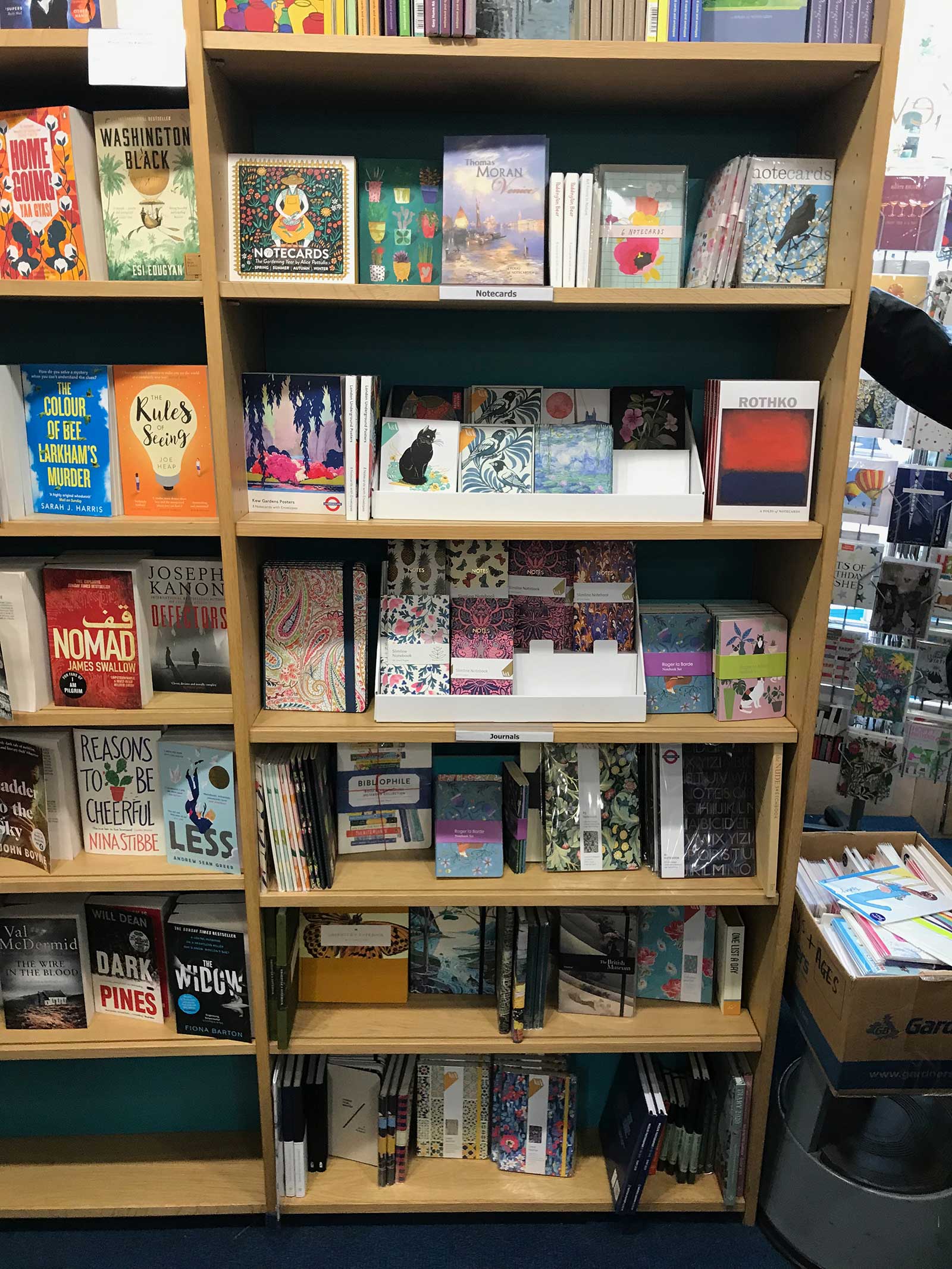 Approximately 50% of their books are for children, one of the highest ratios we saw in all our time in indy bookshops, though they also had excellent general adult fiction and non-fiction sections. They weren’t over-concerned with stocking all of the popular books that airports might obsess over, but they liked to offer prize-winning books (though not perhaps ‘Richard and Judy’). They offered a reflection tha peer to peer chats about books was vital to them, so clearly spent time talking to their customers, who seemed to trust them from what we could see. They loved it when parents brought children into the shop simply to ‘look around’. 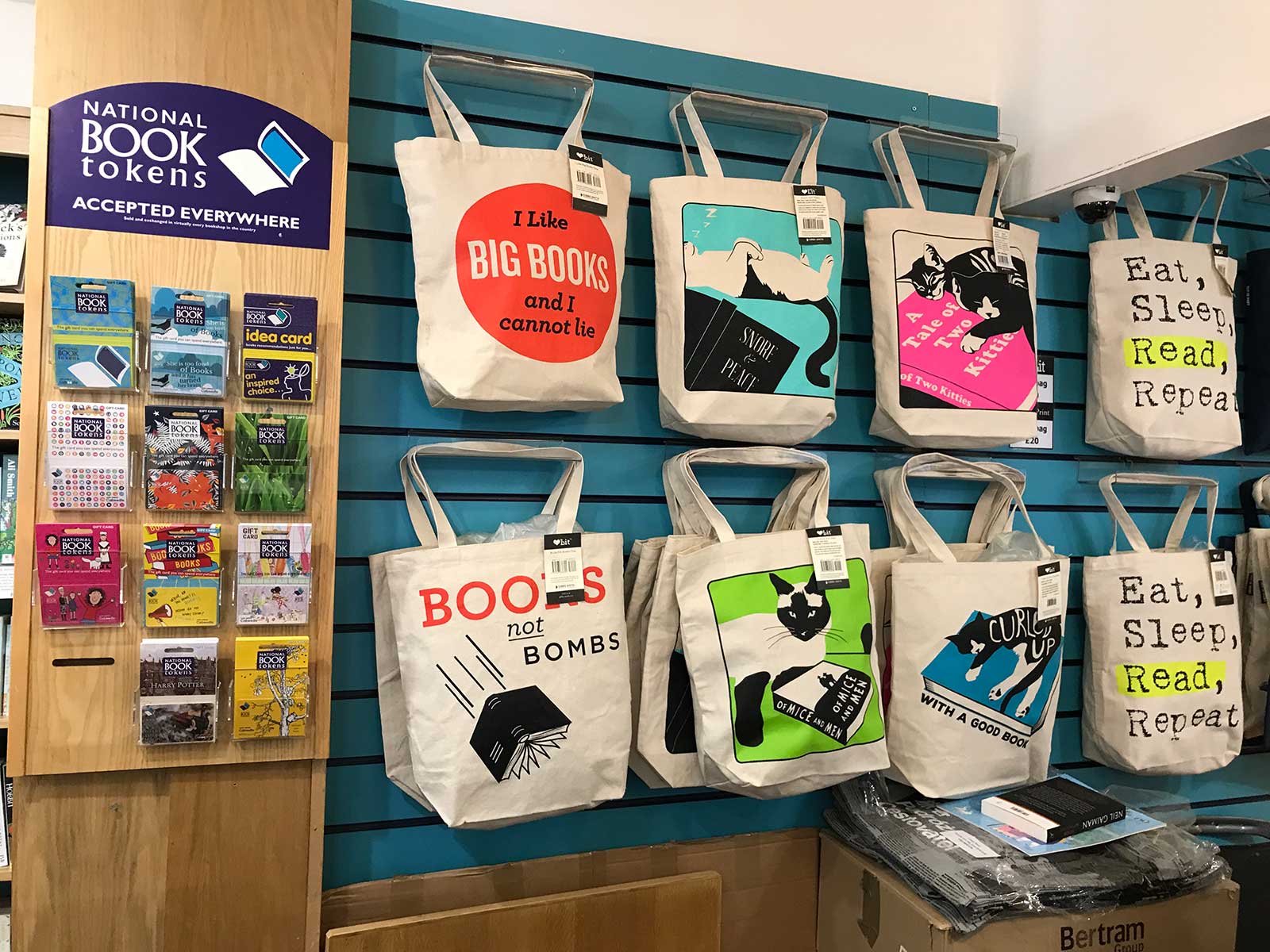 They had organised book launches for up to 30 people, subsequently stocking signed copies and offering refreshments at the evening, though they didn’t offer discounts on their books as they felt it ‘devalued writers’ work’. There were book clubs connected with the shop who bought their copies direct from the shop. Its superb location to the right of the exit from the station meant that there would always be a traveller footfall that could always throw a curveball into the mix as regards taste. We would hazard a guess that anyone visiting would find something interesting and to their taste here.